What is Magna Carta?

In the early thirteenth century, there were 25 barons in England who were persistently rebellious against the tyrannical rule of John, King of England. The king was indifferent to their frustration and continued to levy heavy taxes to raise the crown funds, which led to distrust on both sides of the party. He was notorious for his executive decision without much consulting and this fuelled the dormant volcano of angst to erupt. It is said that the then Archbishop of Canterbury did not favour the king’s way of governance and lent his support to the baronial fury that only instigated the revival of the law Henry I had issued – Charter of Liberties. The archbishop wrote the original charter of the liberties that included the first ever law by King Henry’s rule. This charter had included many exemption to the barons and had a very important law that went on to change the face of monarchy and gave birth to democracy. It mentioned that the King is not above the law and every man has the right to freedom and fair justice. After much deliberation, King John agreed to meet the rebel barons for peace talk and to sign the charter of the liberties on 15 June, 1215. He however retracted from implementing the law and this led to the First Barons’ War until 1217 when William, The Marshal, regent of the Kingdom of England for Prince Henry III issued the charter with some amendments. This was the time when the charter was called Magna Carta (Great Charter). It is believed some 15 copies distributed to every county sheriff for announcement however only four original copies remain today. This chapter in history has influenced every democratic nation’s constitution which honours the citizen’s right to freedom and justice and understandably so it’s 800th anniversary marks the celebration of modern day democracy. If you are visiting England in June do not miss the pageantry and fun activities planned for the Magna Carta anniversary. For a detailed view of the events calendar please visit Magna Carta 800th. 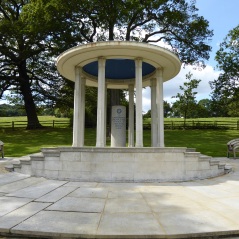 Revisit historic towns: Magna Carta has journeyed throughout the world in 800 years in the form of constitutional rights, but a few towns take pride for having played a pivotal role in its birth as well as its restoration or reinstatement. I would definitely want you to travel across these towns in England to sink into the events held in each town. I would recommend some of the hotels you can call home for the day and all are a shout away from the site of significance. 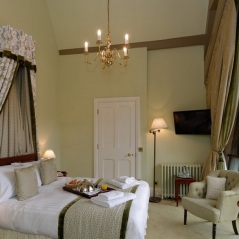 Lincoln Castle and Cathedral: Consider this scenario you are on a short break just for this celebration and you have a good five days to see it all. Well I would want to cast my eyes on the charter and then run through the charter trail for the main days of the anniversary. The Lincoln Castle has been leased all four original copies of the charter to exhibit by Lincoln Cathedral its primary custodian. What role did Lincolnshire play in the original charter? The first barons’ war ended with the defeat of Prince Louis’ army at Lincoln by William The Marshal, regent to the kingdom in 1217. The Lincoln Castle vault that exhibits the charter copies will be inaugurated by HRH Princess Anne on 8 June 2015. You can begin your travel by staying a day near the Lincoln Cathedral at The Old Palace Hotel, which is a 18th century bishops’ palace hotel with most elegant rooms and suites that are appointed with room service menu, complimentary wifi and a view of the cathedral. For further details on accommodation please visit The Old Palace Hotel. 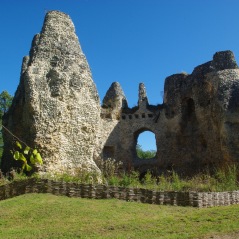 Odiham Castle: On 10 June 1215 King John set out with his entourage and advisers from Odiham Castle towards the venue of signing the Magna Carta. It took them five days to reach Runnymede on the banks of Thames river which was the decided spot to meet the 25 barons. There are many romanticised paintings of that event where the king signs the charter while the barons watch. The Magna Carta had witnessing baron and earl signatures too and one of signatory was William, The Marshal, a very powerful and loyal knight in the king’s court. Odiham Castle was built in Hampshire by the king to provide a home after his hunting expeditions. Only the ruins of the castle exist today. On 10th June 2015 many will join the running trail towards Runnymede where the Magna Carta memorial stands. You should be at Hampshire by 9 June if you wish to join the trail and while you energise your body and spirits to have fun on the trail do choose to stop over for a night at Hampshire’s best country side manor hotel – Four Seasons Hotel Hampshire. The gardens at the hotel are beauty abound in spring and if you are an animal lover maybe Oliver can accompany you for your prep walk. Begin your day of fun with a king size breakfast at their Seasons restaurant and be at the ready for a historic trail. For further details to make a reservation please visit Four Seasons Hotel Hampshire. 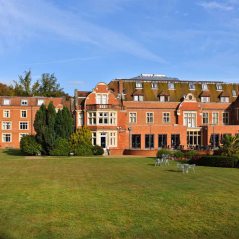 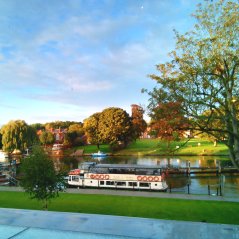 Runnymede: Along the banks of river Thames in Windsor is a meadow called Runnymede. It is the shrine of modern day free world and democracy. Owing to its place in history there are more events in Runnymede leading upto the anniversary celebration day. On 13 and 14 June a river relay takes place from Windsor to runnymede led by HM the Queen’s barge, The Gloriana. On 15 June HM the Queen along with Duke of Edinburgh and Duke of Cambridge, William will commemorate the celebrations at the Magna Carta memorial along with inauguration of HM statue at Runnymede Pleasure ground. On 14 June Runnymede Pleasure ground will host a pageant for the celebration. There is just so much happening near the Magna Carta memorial you may be tempted to stay longer. There are two fabulous countryside hotels I would recommend, The Runnymede on Thames Hotel and Spa if you wish to stay a luxurious hot tub while gliding on the Thames or better still their Afternoon Tea with lush vistas and a serene river. The Runnymede quite literally a short walk from the actual Magna Carta ground with a delightful staff to guide you with an itinerary. Should you wish for a manor a bit more into the country but not away from the grounds, Savill Court Hotel and Spa has all the charm needed to lure you in its cosy dwelling. For further details on hotel room amenities and reservations please visit Runnymede on Thames Hotel and Spa. and Savill Court Hotel and Spa.

Lambeth Palace: When you have seen and done it all, head over to our dear London for a visit to Lambeth Palace, home to the Archbishop of Canterbury. This is where in 1217, the Treaty of Lambeth was signed between William The Marshall and the barons to reinstate the charter retracted by King John before his death and the war. It was here that the charter was named Magna Carta.

Salisbury Cathedral: Famous to possess the tallest spire in the UK, the cathedral boasts of being home to one of the original charter copies that travelled after signing. How did it find its way to Salisbury? Well, Elias of Dereham was one of the people responsible to distribute the copies among counties, he later became a canon of Salisbury and oversaw the construction of the cathedral. To be honest I couldn’t find a real luxury accommodation near the cathedral, so I would either stay at Mercure White Hart which is lovely and vintage too with classy bedrooms.

Hope you have a lovely spring break celebrating freedom.