To me Queen Victoria has always been a fascinating monarch than her successors or predecessors barring Elizabeth I and Henry VIII. I have read her narrative quite voraciously and the one thing that struck home to me was young Victoria all of 18 years was a creative soul trapped in the armour of a monarch. She loved being a queen, very few people in the 19th century wouldn’t bask in its glory, and it helps that she was born to be queen. She did however devote herself towards painting, writing and of course Prince Albert. His love and care elicited her true calling for art and the love for homes all over Britain. He recognised her penchant for the real estate and had homes built for her. From the very moment of her birth she had many of the firsts among the royals, first monarch to be born in Kensington Palace, first to reside in Buckingham Palace, and a few more.

If you are planning your maiden trip to Britain the first thing on your mind is Buckingham Palace even if you want to fight the idea of being star struck about the Queen’s residence. While in Britain, you may visit some royal residences if not all but be sure you visit the most prominent ones in history. If you are a curious cat of the Victorian Era like me you’d want to pay a visit to her stately homes across the country and explore her life’s events that occurred within those regal walls. I am going to enlist four of her most cherished homes. 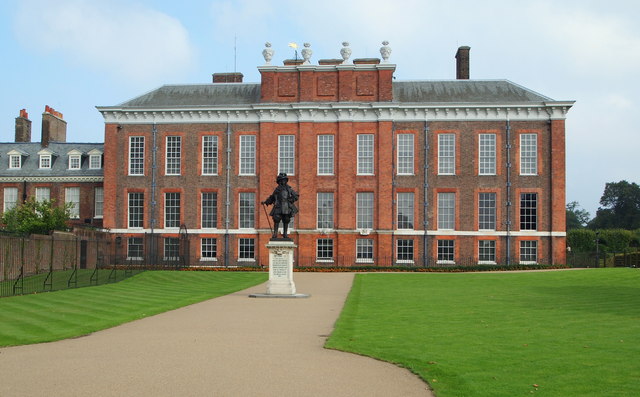 Back in 1605 in the village of Kensington a Jacobean style mansion was built called Nottingham House which was then purchased by King William III in 1689. Christopher Wren, one of my favourite architects and Surveyor of the King’s Works was commissioned to make improvements and expand the mansion to suit the king’s lifestyle. The mansion after its rennovations by Wren was named Kensington House and was utilised as the King and Queen’s village home away from Windsor Castle. Queen Mary made several rennovations later and had the best art collection, porcelain collection in the house. A century after it was rennovated and renamed the two floors of the now Kensington Palace  were allocated to the Duke of Kent who would be the only descendant of King George to bear a surviving heir to the throne. Queen Victoria was born as a plan in place to be an heir to the righteous throne. Her parents Duke and Duchess of Kent came together in holy matrimony in order to bring her to life after the death of Princess Charlotte (the heir). Victoria’s mother was paranoid about her safety and upbringing so much so that she insisted on sleeping in the same bed chamber as Victoria until the day she was Queen. Victoria’s mother had gone overboard to transform the state apartments where they lived, much to the dismay of her uncle – King William IV. It was in these splendid and opulent rooms where Victoria lived her rather stringent and overtly monitored childhood. Her life was dreary at the palace, until the early hours of 20 June 1837 when Victoria was woken up by her Regent declaring that she is now the Queen of England. After her accession to the throne, Kensington Palace was left neglected and within 50 years of her leaving, it faced public ridicule in the papers as being bare walls and bare boards. Queen Victoria faced the horror of having her beloved home demolished and destroyed owing to the decaying brick work and dry rot but she ensured that not only did the government fund its restoration but also open it to the public as a museum after her death. Kensington Palace today owes its mint condition and resplendence thanks to its former resident. This is how the palace began its new life as a royal home and museum. Many of these rooms still exists along with the rooms during the times of King William III and Queen Mary. During your tour be sure to visit Victoria’s childhood room where her tiny clothes and tiaras are on display. Revisit her courtship with Prince Albert in the ‘Love Room’ where his gifts to her are on display. This palace is known to raise future monarchs and HM the Queen too cherished many of her childhood days here as did the Queen of Hearts – Princess Diana with her future kings Prince William and Prince Harry. There is a room full of the iconic gowns worn by Diana during many of her charitable events. A memorial for Diana lays on the grounds of the Palace as is the statue of King William III and the grand white monument of Queen Victoria at the public entrance facing the pond.

Kensington Palace is included in the London Pass. Best time to visit the palace is post lunch and before tea time. After your tour of the palace and gardens, you could enjoy an afternoon tea at The Orangery.

How strange is it that today’s Buckingham Palace was probably nowhere near being a royal residence given that Hampton Court Palace, Kensington Palace and St James Palace existed much before it was even purchased by King George III. If not for Queen Victoria Buckingham Palace would be just another royal homes but not a permanent residence of a British sovereign. Buckingham House, as it was known in the 1700s was a large mansion in the open countryside built by the Duke of Buckingham. It had verdant almost forest like marshy surroundings where King Henry VIII would ride for deer hunting. Buckingham House was later purchased by King George III in 1761 for his wife as a quiet retreat for his family proximal to St James Palace. George IV in his love for all things grand and theatrical commissioned architect John Nash to transform the house to look more palace material. There was a triumphal arch that was erected in the center of the courtyard to commemorate the Battle of Trafalgar and Waterloo. Today that arch is known as Marble Arch and you can see it while entering Hyde Park from after your shopping spree at The Selfridges.

Queen Victoria wasted no time to move into Buckingham Palace after learning about her uncle’s demise on 20 June 1837. She was the first monarch to make it a residence just weeks after her accession and the first to leave the palace for her coronation. This was the time when Buckingham Palace was recognised as the Queen’s home in London. After marrying Prince Albert, Victoria had to make many changes in the interiors of the palace rooms starting with designing nurseries for her 9 children and their chambers not to mention add guest bedrooms for royal visitors. Due to her rennovation plan, the huge Marble Arch had to be moved out of the courtyard to make space for two wings giving the quadrangular structure that it has today. The entrance of the palace wasn’t the one we have today but on the opposite end where the arch stood. Its transformation from manor house to palace has seen numerous design and architectural waxing and waning to suit the time. What we see today is a forecourt that was only designed a century ago under the Victoria Memorial scheme paving the way for the grand gilded monument where Queen Victoria watches over her home at the front gates. Buckingham Palace was the monarch’s proclamation of the seat of power in the world due to a vast empire riches abound. Buckingham Palace retains the wildlife and sanctuary it provides to birds, bees and insects that form a  natural treasure trove within palace grounds. Calling the palace gardens sprawling is an understatement but the bounty it holds is quite captivating.

The palace isn’t a part of the London Pass but there are many tours you could choose from to pay an exclusive visit that includes the Changing of Guards. For more details visitlondon.com

During her first visit to Scotland as the Queen, Victoria took a detour to Balmoral a quiet retreat in the northern highlands rich in verdant vistas, glens, loch and pregnant river. She spent her days with her family enjoying her painting and writing her diary and soon fell head over heels with the 15th-century castle. Prince Albert understanding her ardent love for the place purchased the estate in 1852 and demolished the original castle to build anew. The castle was completed in three years and was their family retreat in Scotland. Queen Victoria took refuge in the castle to mourn her husband’s demise and didn’t venture out or in her court in London for years holed up in seclusion at Balmoral. The estate is known to be inherited by the reigning monarchs as they are the direct descendants of Queen Victoria. It has a reputation of being a nature and adventure lovers haven and if you aren’t one of them Balmoral will gobble you up in boredom at least that is what the story goes. The 2500 acre Ballochbuie forest was saved by Queen Victoria from the timber market by acquiring it under her estate. The estate was originally 11000 acres but has been expanding due to the acquisition adding upto 50000 acres today witnessing many improvements to its design and gardens. Balmoral is a rich habitat of prominent animal, avian and plant species, Today Balmoral is open to public visitors its has accommodation on the estate, tours, activities like salmon fishing, bird hunting, sanctuary walks and of course the castle tour.  Please visit Balmoral Castle for planning your visit.

Before Prince Albert could purchase Balmoral he had set out on a different vacation home project outside of the mainland on the Isle of Wight. The Queen and her family needed some away time from the court of London and the daily political routine. The Isle of Wight served as a home away from home and was their idea of a perfect haven of tranquility. Prince Albert purchased the Osborne house in 1845 which was then a small Georgian home. He was involved in the design and architectural decisions of the current Osborne House to give it a more Mediterranean appearance.  Prince Albert along with Thomas Cubitt styled the gardens and procured some decadent art pieces as well as chandeliers and furnishing to give it a palatial feel. The construction of Osborne House and the Great Exhibition at the Crystal Palace were running parallel to completion leaving the Prince consort occupied with his greatest achievements. Osborne House did have Prime Ministers visiting to consult the queen and were themselves taken by the grandeur and serenity of the estate. Osborne House was given to the country shortly after Queen Victoria’s death and is now open for public visits to revisit the vacation lifestyle of the Saxe-Coburg family. To plan your tour please visit  Isle of Wight tourism site.