La Jolla  – The very sound of it painted a picture in my mind before my visit. Me sitting on an iron railing balcony of an ivory stucco house dressed in a mustard flowing jumpsuit enjoying the molten ball of fire over the Pacific Ocean sipping a margarita from a wide rim saucer. Fast forward from expectation into reality, I wore athleisure for my walk by the La Jolla beach and it was windy by the ocean. In reality, all the ‘margarita sipping by the iron railing balcony’ happened at our hotel lounge. Whatever your imaginings of Southern California maybe, it is truly a destination to lose yourself and evaporate the stress of the recent past and present.

La Jolla is a village north of San Diego’s old town and for all practical purposes its San Diego to the uninitiated in California. Thanks to its residents, it has garnered a reputation for best sunset grams on instagram and pinterest inducing wanderlust in all savvy social media users. Rightfully so La Jolla embodies the chic, urbane nature of a true blue SoCal town with its stucco houses, iron railing trimmed balconies, pale yellow facades, really glassy tall residences. I would rank La Jolla right up there for the most ideal town to go out for morning or evening runs and fitness regimes. The place just brings out the fitness freak within and that is how I ended up not wearing a jumpsuit but an athleisure outfit for my walk by the coast. The sunset just adds to the magic of the landscape. La Jolla Cove and Sunset Cliffs are the best spots in La Jolla to view the glorious fireball surrendering to the ocean’s vast horizon and melting away into the distance. 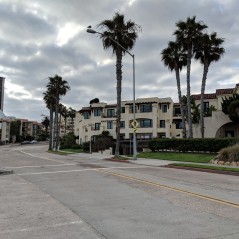 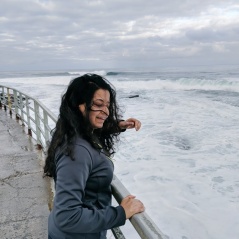 On the first day after we arrived at San Diego my husband and I drove down to La Jolla Cove and walked the rest of the promenade fringing with palm trees, watching the enormity of the Pacific swallow the shores. La Jolla Cove is a cosy sandy stretch hidden under the sandstone cliffs forming coves. The cove is most famous for its amphibian refuge seekers – the seals who have been given a dedicated spot to take refuge from the ocean and predators at large. Right next to the cove under a wharf like structure is a small shore where all the seals gather up with their young ones.  Stroll, run, surf or swim and just enjoy the view of the sunset. 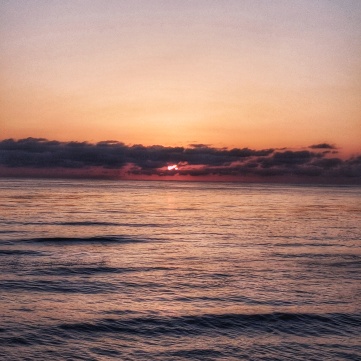 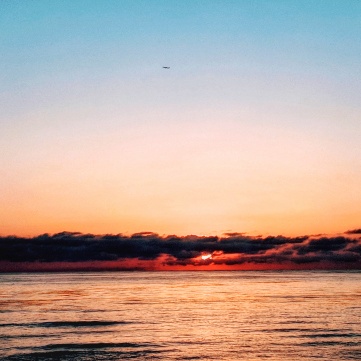 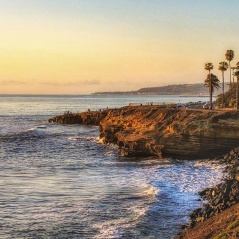 Next evening we drove to the Sunset Cliffs Natural Park at Point Loma Neighborhood of San Diego. It is closer to the southern border of California and the Baja theme is resonates aloud. Standing atop a cliffs edge in every sense of the term does feel like being put on a pedestal while a long sabulous bed lays beneath. Flirting with the tidal waves of the ocean, surfers add to the quintessential Californian ocean views. We strolled along the cliffs on the edge where everyone from couples to gal pals and some gregarious bunch were chatting away their day’s highlights while bearing in mind to catch the sunset as it happens. One of the most cherished sunsets in my living memory is the this one. It could be the envelope of my husband’s arms around me, it could be cool wind from the Pacific or just standing on the Pacific while watching it gulp up the tangerine ball of solar power.